Port Royal, known across the world for its elegance and fabulous estates, is one of the most desirable places to live in Naples. Most of the estate homes in Port Royal are built directly on the beach or bay. This distinctive community borders Gordon Pass, Naples Bay, the Gulf of Mexico and Aqualane Shores.

Homes for Sale in Port Royal

There are more than 500 estate homes in the breathtakingly beautiful community of Port Royal. With most of the homes offering waterfront views, as well as many that offer bay and gulf access, this area is one of the most sought-after in all of Naples. Owners here have VIP memberships to the exclusive Port Royal Club, which offers a wide range of benefits.

The Port Royal Club offers residents a pristinely maintained beach, a spa, tennis courts with on-site tennis pros for coaching and training, and a variety of community events where you can spend time with friends, family and neighbors. 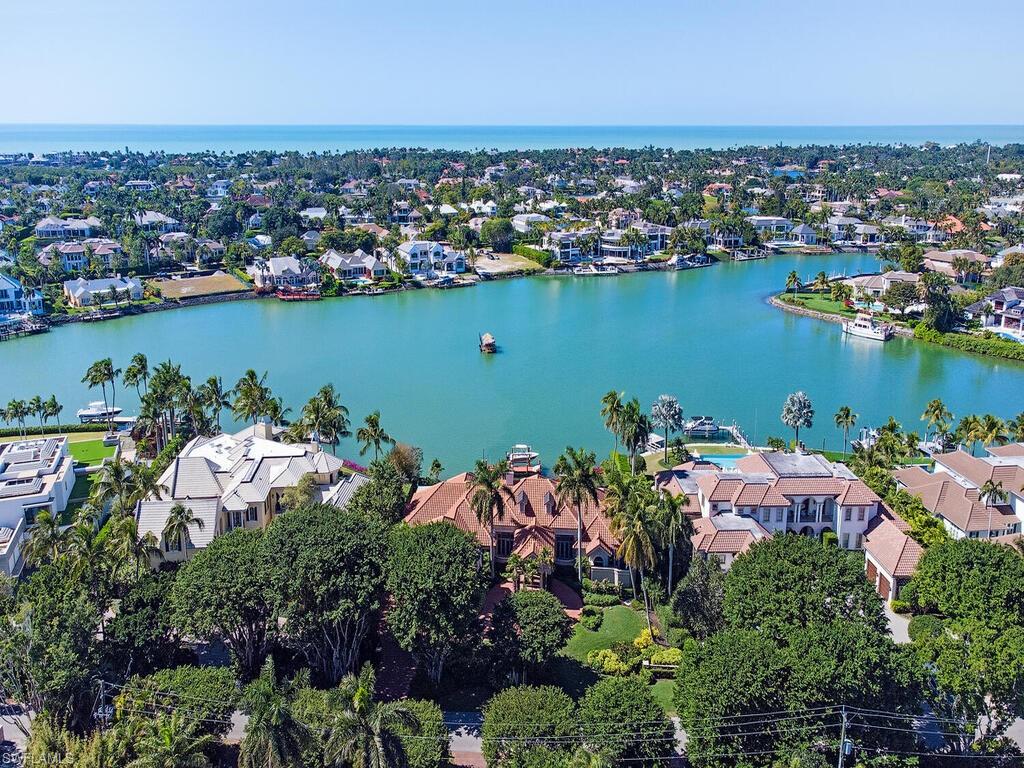 The exclusive Port Royal Club was established in 1959, so for more than a half-century, it’s offered members exceptional facilities and white-glove service. With a heated beachside pool, cutting-edge exercise facilities staffed by personal trainers and physical therapists, and gourmet dining on-site, you may never want to leave this beautiful community – but if you do, there’s plenty of dining, shopping and entertainment nearby.

Several exceptional restaurants are just north of the community, including Sea Salt, Barbatella, The Bevy and Campiello, with several more across the bay. You can also shop at nearby Third Street South, in Downtown Naples, and the 5th Avenue Shopping area, which are all only a few minutes’ drive to the north.

Port Royal is in a very convenient location on the Gulf. This one-of-a-kind community is:

There are a number of world-renowned golf clubs and courses near Port Royal, including Lakewood Country Club, Lely Resort Golf and Country Club, Treviso Bay Golf Club, and the Riviera Golf Club. You may also enjoy Windstar Country Club, the Naples Grande Golf Club and TPC Treviso Bay, as well as many others that offer challenging (and fun) play.

Whether you want to splash on the beach or take your dog to play with friends, there’s a park for you near Port Royal. Some of the most popular nearby parks include Bayview, Cambier and East Naples Community Park, as well as Sugden Regional Park, Fleischmann Park and the River Park Playground.

If you’re considering retirement in Port Royal, you have several options in this thriving community. It’s close to a number of major amenities, including shops, restaurants and golf courses, as well as NCH Baker Hospital and Physicians Regional Medical Center at Pine Ridge, the Collier County Library and miles of sandy beaches.

Port Royal is less than a hundred years old, and though it was once swampland, John Glen Sample changed all that. When Sample purchased the land in 1938 for $13,700, he hired Howard Major – one of the U.S.’s premier architects at the time – to design a luxury community that would attract the wealthy. Because Sample was extremely interested in the pirates that used to use Florida’s coves as hiding spots, he named the community Port Royal – the city in Jamaica that was a 17th-century hub for pirate activity. The street names in modern-day Port Royal reflect Sample’s fascination (such as Kingstown Crescent and Rum Row).

The first homes in Port Royal hit the market in 1952. Sample established the Port Royal Club for just about $1 million at the end of the 1950s, and today, it offers the best range of amenities you’ll find on the Gulf Coast.

Please contact us today to learn more about Port Royal Real Estate or Naples’ luxury lifestyle and offerings. Talk to you soon!

Click on the “VIEW Market Report” button to the right to view more statistics about the Port Royal Real Estate Market including average selling price, number of active homes, recently sold properties, demographics and to subscribe to have updated reports sent to your email each month!